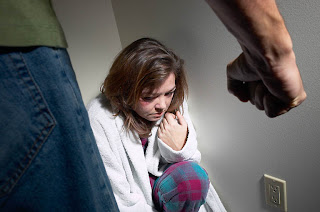 There are a variety of reasons some spouses are abusive. I suspect nearly all boil down to some kind of sin.  I realize that some people have deep psychological or emotional factors involved in their behavior. But let’s face it, most involve sin.

Paul writes, “For it is because of these things that the wrath of God will come upon the sons of disobedience…, put them all aside: anger, wrath, malice, slander, and abusive speech from your mouth...you laid aside the old self with its evil practices, and have put on the new self who is being renewed to a true knowledge according to the image of the One who created him…” (Col. 3:6-10, NASU).  What the NASB translates, “wrath” the NIV translates, “rage.”  I suspect most abuse happens in a state of rage.

Very clearly our Lord expects us to put away “wrath” or “rage”.  God’s expectation is that we will be renewed into conformity to His image.  In other words, this is a behavior we can correct and change.

If you a person who is struggling with outbursts of anger or rage and its leading you to commit violence against your spouse, you need to stop.  If you need counseling there are resources available.  In Tarrant County one Christian counselor is Russ Bartee: 817-377-2800.  Another Christian counselor here in the metroplex with a reputation of being effective with anger and family violence issues is Dr. Jerry Stettheimer at Christian Family Services in Garland, (yes it’s a drive – but isn’t your family worth it?): http://christianfamilyservice.com

Let’s not let the world look on God’s bride, the church, as one unconcerned for battered women. Instead, let’s reveal God’s love that comes through men standing up and being willing to change behavior.  Let’s love our wives as Christ loved the church and gave Himself up for her.

Open the Word with Us